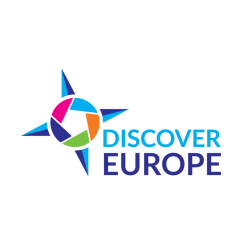 Discover Europe
Let us Discover Europe from your point of view!
Discover Europe is one of the leading photo competitions in Europe encouraging young people to inspire each other, discover new perspectives, and share their views on what Europe means to them. Supporting young artists and stimulating intercultural dialogue between Polish and international students have always been one of the most important premises of the contest.
In 2013, Discover Europe was awarded the 2nd European Charlemagne Youth Prize. The award is given annually by the European Parliament together with the Foundation of the International Charlemagne Prize of Aachen to projects run by people aged between 16 and 30 from any EU Member States. Such a recognition only confirms the exceptional value of the Discover Europe photo contest.

Citizen of Europe – various images of the citizens of Europe
Postcard from Europe – presenting unique places and landscapes
Surprise me, Europe – amusing and intriguing situations that happen in Europe

The contest has two stages: the regional and the central one.
At the regional stage, the photographs are categorised depending on the place of submission. There are 2 regions in the contest: the northern part of Poland and southern one. Photographs submitted at the regional stage of the contest are judged by juries and only the best pictures from both regions are further admitted to the central stage. Additionally, the three best photographs in each category are awarded at that stage in both regions.
At the central stage, the three best photographs in each category are chosen from the top 10% of the pictures from both the northern and the southern region, and they are recognised at the awards ceremony.
It is also important to note that all the photographs sent from outside of Poland are directly ascribed to the central stage.

Don't miss any of deadlines and those amazing photos! Follow: